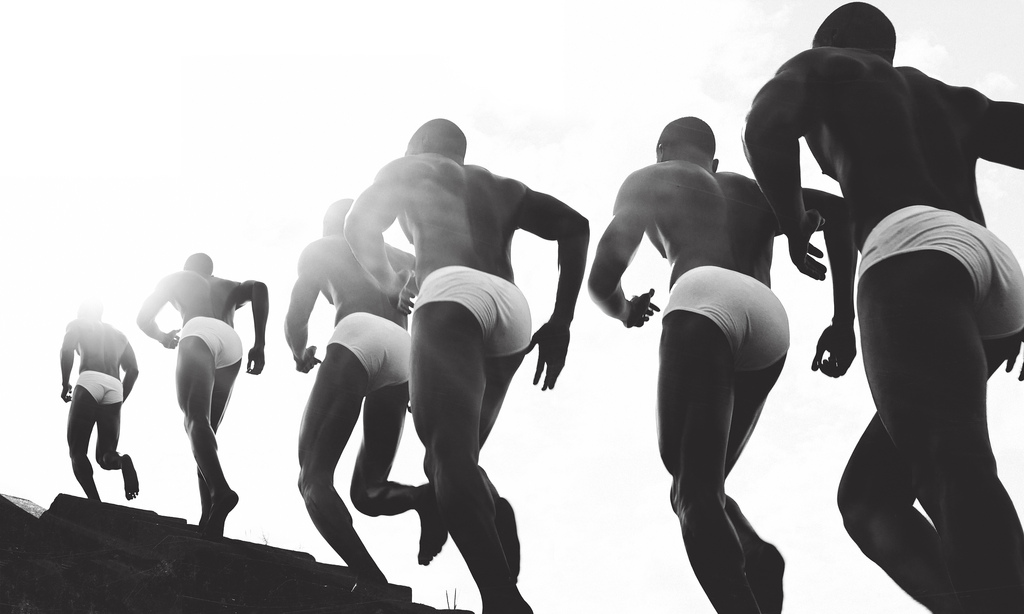 One look at Wade Rhoden’s photographs and you will notice the strong, varied angles, the rich, vibrant colors, and the exuberant aesthetic his work provides. His photos are unapologetically sharp, classically bold, and seamlessly knit together creativity and innovative technical skill. Both of which have enabled him to establish Jamaica as a rising global fashion hub. Rhoden’s photos are immersive and create a well-crafted world with organic, ethereal elements that reflect the beauty of his subjects, while enticing the viewer. His devotion to his craft has enabled him to singularize himself and promote his unparalleled artistry.

Read on as Wade Rhoden explains the his inspiration, the role of culture in his photography, and his other fascinations.

Twenty8+: Tell me about yourself. When, how and why did you begin your career in photography? Are you formally trained or self-taught?

Wade Rhoden: I completed a first degree in fine arts at Edna Manley School for the Visual and Performing Arts and some elements of the programme involved photography so I guess it is ok to say formally trained.  During my final year, I had to conceptualize and execute an exhibition, I chose to create an urban gallery style exhibition; my theme was: Poverty: Cause and Effect, and I went about the streets of Kingston and took candid shots of persons just trying to eke out a living and used those photographs to create Indian ink illustrations.

After the exhibition, I was studying the photographs and realized that the images were full of emotion and contained the rudiments of a well-composed photograph. All I was trying to do was capture raw images for further use and I was surprised at how well they turned out.  It made me realize that I probably had a knack for photography and that was really when my interest in this art form began. So I brought my first camera and started experimenting with portrait photography, the career part of it happened slowly along the way after that.  My first job as a Graphic Designer required a lot of photography and little by little I transitioned to where I am today.

Twenty8+: Describe your photographic style. How has your culture impacted this?

WR: I would like to think my style is vintage yet contemporary. Our culture is multifaceted: refined on the one hand, aggressive on the other, yet still captivating even spellbinding. My photographs tend to shift between the two extremes in our culture and sometimes include both.  Some of photographs have an old world charm to them while others could be considered “in your face.”

Twenty8+: What does fashion mean to you and what do you hope to convey with your photos?

WR: Fashion is an art form, just like painting as you have to take certain formal elements into consideration for example: lines, textures, forms and colours.  Some paintings can change your mood in an instant and I want my photographs to convey the “Cinderella effect”, the feeling that the piece you are looking at can transform you physically and mentally.

Twenty8+: What are some of the challenges you face working in Jamaica?

WR: We don’t have the seasons as other countries so designers tend to cater to the weather and as a result their designs tend to be one-dimensional. I’ve never had the luxury of photographing fashion catering to all four seasons.

Another is that almost everything used in the clothing industry is imported so designers have a real challenge accessing raw material at a reasonable price.  If designers can’t design, I have nothing to photograph so it is difficult for me to focus on the fashion industry only as I would love to do.

Twenty8+: What are some of the most difficult aspects of professional fashion/editorial photography?

WR: Remaining relevant and keeping people interested in your work. The biggest fear for any photographer is falling in line. Having to constantly reinvent one’s style, in what is a fast paced industry, takes a lot of effort. Keeping up with the demands imposed by social media also takes a lot of time and effort; constantly creating new content to keep people intrigued.

Twenty8+: How would you describe your work in two words?

Twenty8+: What would we find in your camera bag?

WR: I don’t really travel with much when I am shooting, just the bare essentials: A Canon 5D MK2 and I only use prime lenses (Canon 50mm F1.2 L; 85mm F1.2 L; 135mm F2 L) and a small film camera for behind the scene photographs as memorabilia.

Twenty8+: Who/What has provided the creative inspiration for your photography?

WR: Alfred Stieglitz, Richard Avedon and Helmut Newton. They pushed the boundaries of photography as an art form and provoked social commentary with their work.

Twenty8+: What is your biggest vice?

WR: Being a perfectionist – it has its drawbacks.

Twenty8+: Comparing your career now, to when you first started, is there anything that you would have done differently? What and why?

WR: Maybe I would have narrowed my focus to portraiture a bit earlier as I have found that getting to know people while taking photographs is more fulfilling than the other forms of photography that I have done; hearing about people’s experiences, sharing stories about likes and dislikes, moments of sadness and joy adds a story to the photograph.

Twenty8+: What kind of impact do you hope to make in the fashion world in the next 5 years?

WR: To draw more attention to Jamaica as a fashion hub, maybe it will not be on the same scale as London, Paris and New York but generate a lot more attention than we are getting now.  I do believe that Jamaica also has the potential to influence fashion around the world not just music.

Twenty8+: What are some words of wisdom that you have carried with you throughout your life?

WR: “You have to be odd to be number 1,” and “Comparison is the thief of joy.” I have learnt not to compare where I am in my creative career with others who have reached the pinnacle without also looking at what they had to undergo and the time it took for them to get there.  So I constantly remind myself to be patience and continue working.

Twenty8+: Is there anything else that we should know about Wade Rhoden?

WR: I love to read and I love Japanese classic cars.

For more information on Wade Rhoden, visit his website.

ABOUT US
Twenty8+ is a distinct voice for the twenty8+ island nations of the Caribbean, their Diaspora, and the lifestyles surrounding them all.
Contact us: editor@twenty8plus.com
FOLLOW US
© Copyright 2015 - Twenty8+ Magazine
MORE STORIES
Creative Arts

"Kingston had some magic energy to it, that I didn't find elsewhere," she says about the spellbinding capital city of Jamaica. It's spunky attitude,...
Fashion