Once upon a time our cultural history was steeped in oral tradition. We relied heavily on the art of storytelling to capture the fullness of the haunting, thrilling, funny aspects of Caribbean life. Rarely are these stories every written; instead, they are preserved solely in memories. The trouble with remembrance is it too quickly fades or becomes colored with fresher ones. The pen exists to preserve the parts of life that memory may often forget to remember.

Folktales are essential to culture and its preservation because they illustrate the imaginations of a people and have been shared generationally. Regarding her own book, Haitian author, Edwidge Danticat, effortlessly explained, “these were our bedtime stories. Tales that haunted our parents our parents and made them laugh at the same time. We never understood them until we were fully grown and they became our sole inheritance.” 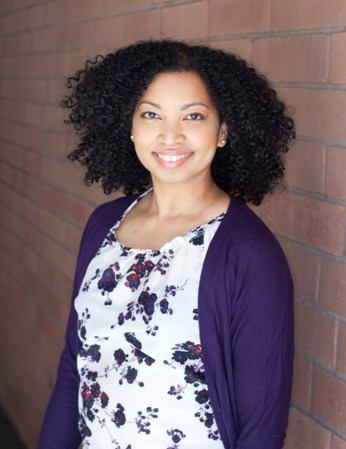 The Jumbies by Tracey Baptiste channels the old stories from your ancestor’s voices and chronicles them in words and sentences that make them more accessible for children in modern culture. Baptiste is an accomplished children’s author and editor who has written many books including her debut novel – Angel’s Grace. She has a distinct way of captivating her readers, which makes her novels endless, page-turners. In a written exchange with Twenty8+, Baptiste discusses her writing process, overcoming personal struggles, Trinbago culture, and the importance of sharing these stories with the rest of the world.

Twenty8+: Tell us about yourself.

Tracey Baptiste: I was born and raised in Trinidad and Tobago. My parents bought me every book I could want, and there was always lots of paper to draw and write on, which I realized was not the case in some other houses. I moved to New York when I was fifteen. The cultural shift was life-changing, but finding solace in books was habit by then, so stories like Rosa Guy’s The Friends really helped me to adjust.

Twenty8+: Why did you start writing? When and why did you decide to write for children?

TB: At age three, I decided I was going to grow up and be a writer, and I always wrote in journals and notebooks, but until I read The Friends, it had not occurred to me that I needed to think about the audience I was writing for. Was I going to write books for children, or adults? I decided to stick with a younger reading crowd because there’s a level of humor there that doesn’t exist as much with older readers. I really like humor. I love stories that can make you shiver, and then burst out laughing, which I hope The Jumbies does.

Twenty8+: What are some of the obstacles you’ve had to overcome as a writer? How have you championed them?

TB: The biggest obstacle for any writer is overcoming self-doubt. Writing is a lonely and tedious process at times, and the blank page is daunting. On top of that, as a woman and a person of color in an industry that seems to favor white males, it may have been harder to connect with the gatekeepers like editors and agents who don’t “get” what I’m writing about. Of course there is no way to gauge whether or not that has affected my ability to move forward in my career, and fortunately I have found agents and editors who definitely do “get” what I’m doing.

One other major obstacle was deciding to move on from my former agent. She was really wonderful, but it was a business decision about what I needed as I went on with my career. Getting an agent is really tough, so that was a hard decision, made even more difficult because I was diagnosed with breast cancer at the same time. It turned out that looking for a new agent and revising my work was a good distraction while I was in the hospital and dealing with surgeries and chemo and radiation.

Twenty8+: How often do you write? Describe your writing process.

TB: I try to work at least five days a week, and I work in irregular bursts between my full-time job and being everything I have to do as a mom. Often I carve out whole days for myself when I go to the library or a coffee shop to put in some dedicated time, but more often than not, I write at night after everyone is in bed.

My process once the story is well-established is: I write scenes in bursts, then I put them all together to see how they flow as a story, then I rewrite the entire thing from beginning to end. I usually put it away for months, or maybe even years, as was the case with my latest book, The Jumbies. Then I come at it again with fresh eyes for another round of revisions. My process is not quick.

Twenty8+: How has your culture & growing up in Trinidad & Tobago influenced your writing?

TB: Both Angel’s Grace and The Jumbies are heavily influenced by Trinbago culture. Angel’s Grace takes place in Trinidad, and The Jumbies uses Trinidad & Tobagonian folklore as part of its framework. I think it’s an integral part of who I am as a writer. Additionally, having grown up on Caribbean literature like Miguel Street, Green Days by the River, and Escape to Last Man Peak, my formative literary education was with writers of my own culture, so I learned to never shy away from my roots.

Twenty8+: Caribbean folklore is an essential part in The Jumbies. And Caribbean culture was very present in your first novel, Angel’s Grace. How important is it for you to share Caribbean stories and the culture behind them with the rest of the world?

TB: I really wasn’t thinking about sharing my culture with the world as I wrote Angel’s Grace. This book was mainly an exercise to see if I could write an entire book. It was literally the first full-length book I ever wrote. I wanted to tell this story of an outsider. Setting it in Trinidad was just something that came naturally as I worked on the story. But with The Jumbies there was much more conscious thought about who would be reading this story and how little they would know and understand about this culture and about these creatures. I tried to weave as much explanation into the story as I could as I went along, knowing that I was introducing a totally different mythology to readers outside of the Caribbean.

Twenty8+: Tell us about your latest book, The Jumbies. What was the inspiration behind it?

TB: Growing up and listening to jumbie stories that were just a part of regular conversation was both scary and funny. Your uncle’s new girlfriend might be a la diablesse. The sound you heard at night might be a douen calling from the forest. The mosquito bites you discovered in the morning might have come from a soucouyant. But as much as I loved these stories, there were no books about them. I had beautifully illustrated Grimm’s fairy tales which were no less interesting or enticing, and sometimes also scary, but there were no beautifully-illustrated books about jumbies. So I was determined to do something about that. Then in college, I came across a book of fairy tales from around the world, and I found some Caribbean stories in it. There were none from Trinidad & Tobago, but one from Haiti called The Magic Orange Tree sparked my attention. It’s a Cinderella-type story with a young girl and a wicked stepmother, and I immediately thought that I could use that as a framework for the jumbies I had grown up hearing about. It took many years before I even started working on the story, and many more years to complete it.

TB: I ask a lot of “why” as I write. Why is she doing that? Why does she go there? Why would she pick up this object? There has to be a logical reason for the character for each one of her actions, which meant that I really had to think about her backstory, all the things that don’t appear on the pages of the book, but that affect what she does and how she does it.

Twenty8+: What do you hope children will take away after reading The Jumbies?

TB: I hope children will be thrilled by it. I really set out to write an adventure. My son wanted a story that he would like, and this satisfies his wishes, I think. But I also hope that children will be intrigued by jumbies and want to know more. I created a “field guide” that is on the Algonquin Young Readers site to explain what jumbies are. The book is also very much about “the other” the idea of “us versus them” which is something we’re dealing with every day in every culture around the globe. I hope it makes readers think a bit differently about who they are and who they think are not like them. There’s also a little bit about colonialism in the book that I slipped in, and I hope that will also spark some conversations. It’s very slight, and it might easily be missed, but astute readers will catch it and may have questions for the adults in their lives.

Twenty8+: What is one piece of advice you would give to aspiring writers?

TB: Don’t be scared. Write what you want to write. What you have to say is just as important as what anyone else has to say.

Twenty8+: Five things we should know about you.

Twenty8+: What can we expect from you in the future?

TB: I’m working on more fantasy, but none of them have jumbies. I really love science fiction, and I haven’t written anything like that yet. I love trying new things. There may be a sequel to The Jumbies at some point, but not at the moment.

The biggest event in the Caribbean is here! February 8 + 9, will mark the parade days of the annual, much anticipated Trinidad +...
Arts + Entertainment

If Music Be the Food of Love, Play On…

Jazz is about living in the moment - experiencing the uninhibited expression of raspy notes and broad sounds dripping with improvisation. When those sounds are drizzled...