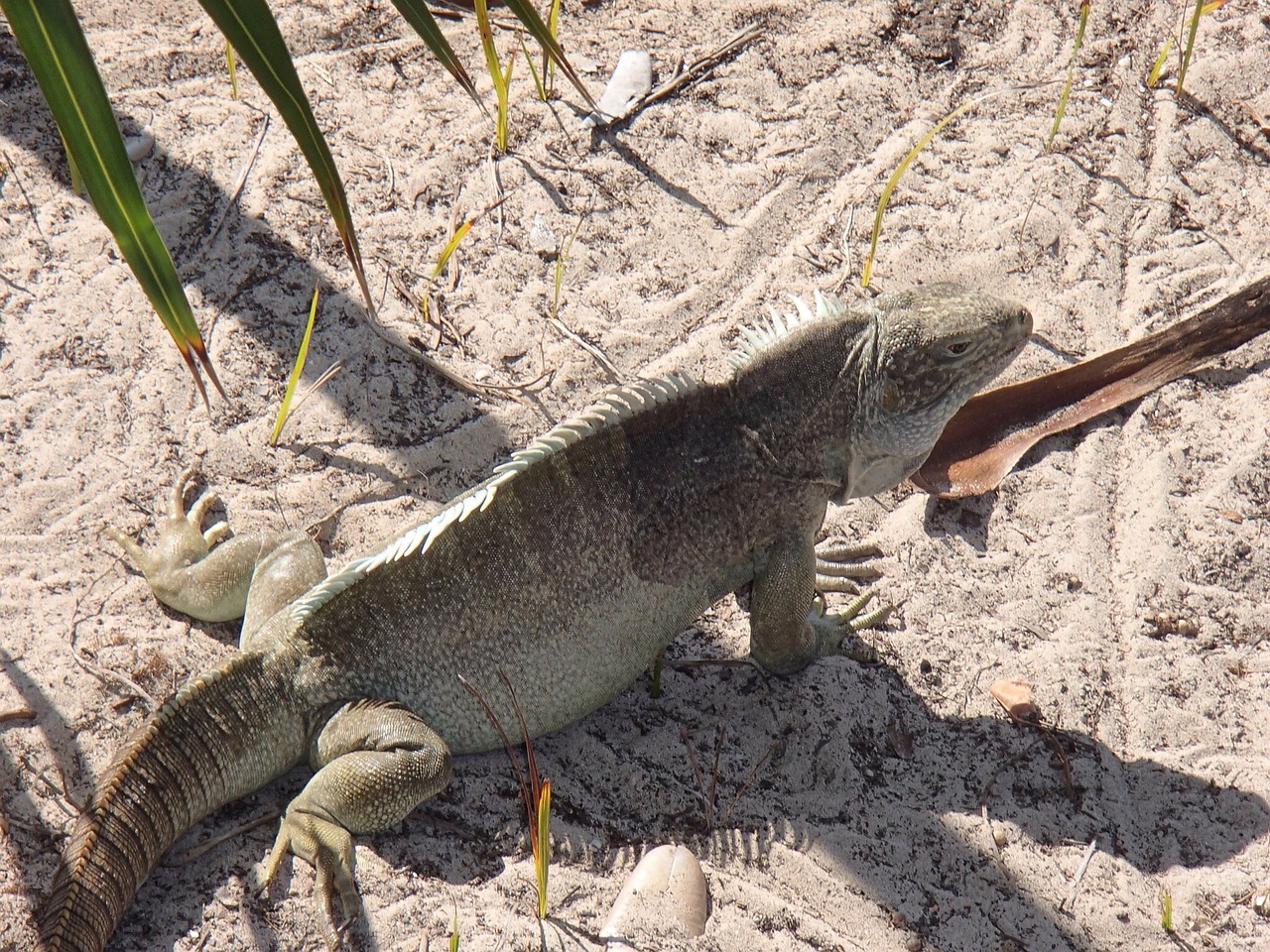 You arrive in the beautiful, sun-drenched Turks & Caicos and are eager to explore all the wonders of the archipelago. While there are several must-see places, you decide to trek to Little Water Cay – a small island off the northeastern coast of Providenciales. You take the ten minute boat ride from the Leeward Marina on Providenciales, until you dock at the water’s edge of Little Water Cay and are greeted by four-legged greenish brown creatures. Some of whom mind their business, others – the more inquisitive ones – wriggle up to have a gander at the visitors, and then return to sunbathing, lounging, or whatever else it is that iguanas do. You see, Little Water Cay is also known as Iguana Island, because it is home and a sanctuary for the rock iguana.

Rock iguanas are species of lizard endemic to the Caribbean. Currently, there are nine species of rock iguanas, which belong to the genus Cyclura, inhabiting islands across the Caribbean including the Bahamas, Cuba, the Virgin Islands, Jamaica and the Cayman Islands. However, the Turks & Caicos rock iguana is the healthiest population of this species in the region.

Though the iguanas inhabit approximately 60 of the cays and islands that comprise the Turks & Caicos Islands, they are critically endangered because of the large decline in their population since the introduction of humans, dogs, and cats. The ones on Little Water Cay are protected by the government, and as such the cay is a nature reserve.

Little Water Cay, however, is a nature reserve and protected by the government to preserve and strengthen the population of the rock iguana.

5 Things We Should Know About Climate Change in the Caribbean

5 Things We Should Know About Climate Change in the Caribbean

The Art in Nature

A Spirited Pursuit to Port Salut

Green iguanas are prevalent in many islands of the Caribbean. Their presence has made them both a nuisance and a delicacy. In some islands...
Travel + Nature

Lace up your shoes, trek uphill, along the river, through lush green forest until you arrive suddenly at the water's edge. The sun shimmering...