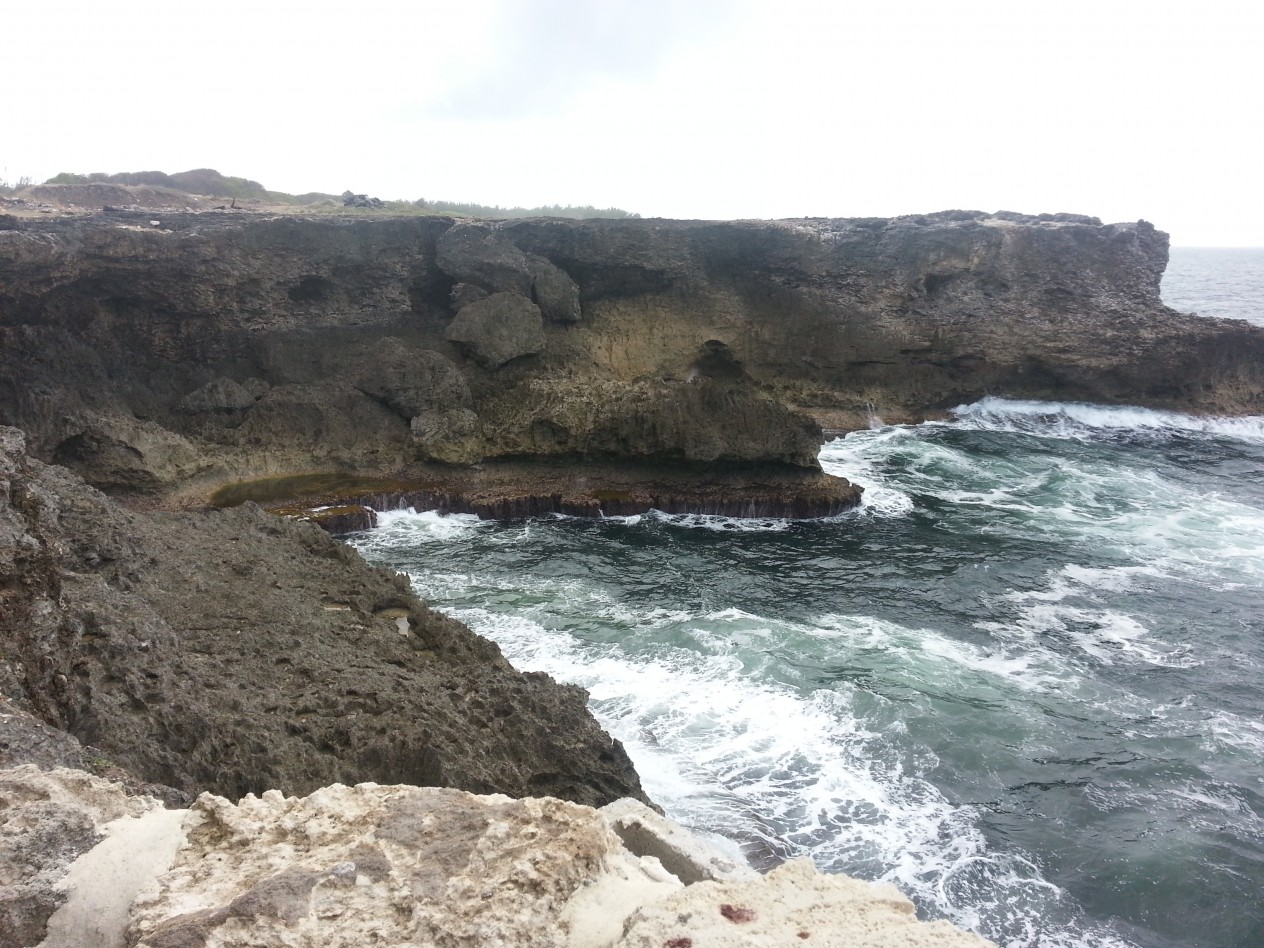 The Atlantic Ocean dances with the Caribbean Sea at the northern tip of Barbados in the parish of St. Lucy. This waltz between these two bodies of water, causes waves to swell over limestone cliffs, resulting in the island’s picturesque lone sea accessible cavern – The Animal Flower Cave. Located beneath the cliffs – the Cave boasts a cast of characters that contribute to it’s endless beauty. Here are four things you need to know about this natural wonder:

The cave boasts a seasonal cast of sea anemones, or animal flowers, as they are locally called; and also to which the cave can attribute its name. Animal flowers are a group of predatory animals named after the land flower – the anemone. When the cave was first discovered in the 18th century, the sea anemones existed in abundance. In more recent years however, many divers have sought to conserve the current population. In spite of, the diminishing population of sea anemones, the cave still boasts a beautiful, awe-inspiring view.

The floor of the cave is a wide expanse of rock coral, aged at approximately four to five hundred thousand years. Limestone coral rock also lines the entrance to the cave in a series of about twenty steep, uneven, and very slippery steps.

Perhaps the most calming feature of the cave is its natural swimming pool. The pools in this series of adjoining caves gaze into the vast ocean, while the cave ceiling boasts shimmering stalactites. The pools create a serene ambience that make the caves all the more appealing.

The top of the cliffs hold some of the most spectacular views of the island. From December to April, humpback whales migrate through the warm waters of the Caribbean Sea on their way to breeding grounds. Although their appearance can be scarce, when they do grace you with their presence – they are truly a sight to behold.

The Animal Flower Cave lures visitors with the promise of gorgeous scenery and thrilling sights, that help to make the flower cave an attractive spot for locals and tourists alike.

In the midst of a Kingston studio, surrounded by dancehall greats, a young man found his musical niche. "When I was younger, I used...
Society + Culture

Are You Havin’ Carnival Tabanca?

Just in case you've been trying to escape the feeling - that sweet longing to play mas, wine up your waist, or palance with...