In the midst of a Kingston studio, surrounded by dancehall greats, a young man found his musical niche. “When I was younger, I used to go to different studios. I used to go by the name Mr. Chaos, because I was heavily influenced by the dancehall artists who were more radical at the time – like Beenie Man, Bounty Killer. Everything, for me, was about pure badness. At that time, though, they already had a Mr. Chaos, who was more established; and we met, I knew I could no longer use that name. At that studio session, there were other well-known artists like Harry Toddler and Elephant Man. Elephant Man was the Kingpin at the time, and when he saw me he said, ‘youth, look how you dress: you look blingy,’- I was wearing some big earrings a young youth who just left school and I was all about the fashion and hype. So he said, ‘you look like a U.S. hundred dollar bill man. Yuh nuh see yuh have pure benjamins.'” That was the moment Tyrone Hunter became Benjaminz.

From the parish of St. Mary, northeast of the bustling Kingston city – where there is lush landscape and sun-glinting beaches away from the often overwhelming throngs of people – Benjaminz was always aware of his natural singing abilities. He recalled having lyrical spars with classmates during primary school, and remembering the way music influenced his father. “Reggae was embedded in me – that was the sound that kept me moving and smiling. And my dad used to travel to the states a lot for farm work programs and for some reason; those guys were influenced so much by that kind of music. I don’t know if it’s mainly a Jamaican thing, because it was created there, but the tapes he would always bring back was really good, and that weren’t necessarily of prime time artists, at the time. It really gave me a vibe.” 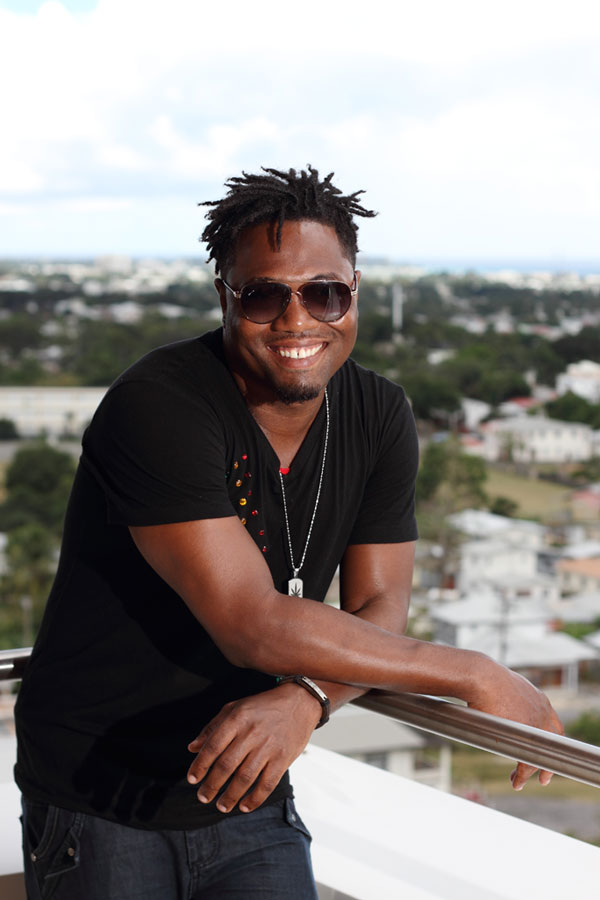 Though, he was always passionate about music, it wasn’t until his first two years of high school that he made the conscious decision to dedicate more time to his music. After which, he moved to Kingston to experiment with other styles of music, songwriting and experience various studios. During this time, he migrated to England for two years and worked 9-to-5 jobs either in security or in his other passion – cooking.

He explained, “I was still pursuing music, but I wasn’t one hundred percent ready in terms of the work I was putting out and the material I was gathering.” He returned to Jamaica for some time, before migrating to Barbados with his family. He credits his time in Barbados with allowing him to develop his own musical style. “In terms of reggae music and dancehall, the space was wide open for me, especially with Jamaica being the grassroots of what I am doing. Almost everyone in Jamaica is involved in music somehow, so the level of competition is sky high because everybody’s doing it. So going to Barbados – even though they do a similar kind of music – gave me enough room to develop my own style.”

Benjaminz style as a musician is evident on his most recent mixtape – Murdah Style – which is a compilation of old and new songs that accurately portray his sound and versatility. His sound is one that has cross over appeal to many different genres, without straying too far from his first love – reggae. He harnesses his positive energy into the lyrics and beats of his music, as he aptly expressed – “I feel other music, but reggae and dancehall music really speak to me. They describe what we go through in Jamaica on a day-to-day basis and that really inspires the kind of music that I do.”

Catch up on some of what you missed at @styleweeke

Providencia is one of the Caribbean islands of #Co

ABOUT US
Twenty8+ is a distinct voice for the twenty8+ island nations of the Caribbean, their Diaspora, and the lifestyles surrounding them all.
Contact us: editor@twenty8plus.com
FOLLOW US
© Copyright 2020 - Twenty8+ Magazine
MORE STORIES
Travel + Nature

Lace up your shoes, trek uphill, along the river, through lush green forest until you arrive suddenly at the water's edge. The sun shimmering...
Society + Culture

Summer is officially here! Sun is shining, the weather is sweet - too sweet, not to be outside basking in the warm air. After...