Home Arts + Entertainment Acoustic Funk is Alive
Facebook
Twitter
Pinterest
WhatsApp
They have captured the broken hearts, faded photographs, forgotten t-shirts, stale memories, aged sorrow,heavy resentment and created a guide for the road to positivity. Through relationships and real-life experiences, they transformed emotions into lyrics over acoustic melodies. A Guy n A Girl, or AGNAG as they are affectionately known, learned to blend the right ingredients together to create a sound with an underlying power and meaning. The kind of music that deepens over time, the distinct melody that snatches your ears, and infects your soul.

The guy and the girl behind the sound are Guillano Armand (Guill) as the lead guitarist and Diandra Farquharson (Chella) as the vocalist and guitarist. The two met at college in New York City, through a mutual friend who thought their shared appreciation for a higher meditation and strumming the guitar made them ideal for one another. Other similarities and their culture – a Haitian and Jamaican brew – were added bonuses that connected them even more and helped in the creation of their music, which they describe as “neo-soul with Caribbean heritage and a rock twist.” 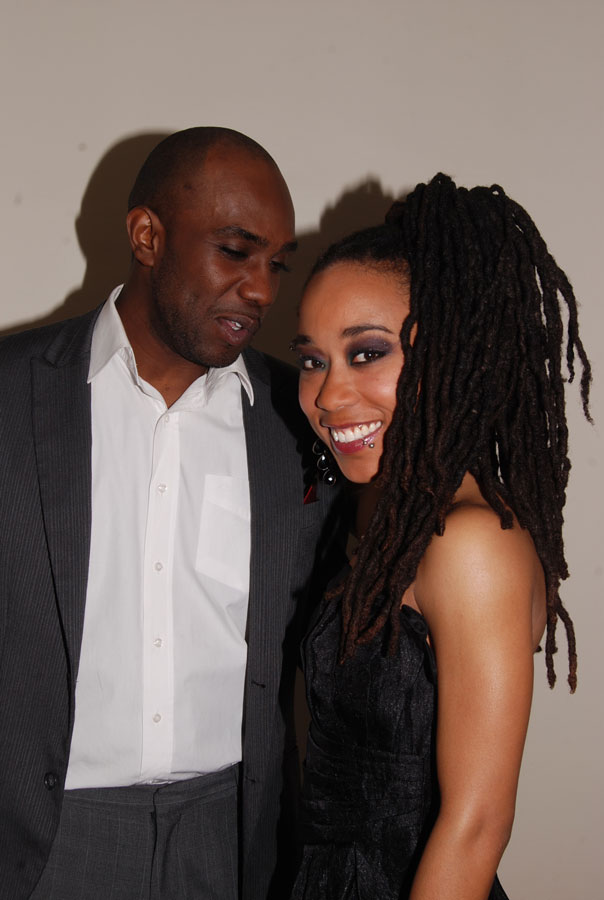 Both have been writing for much of their lives, but have devoted the past six years to collaborating on their music. A process that has resulted in songs that are more emotional and relatable. Chella explains, “most of our songs are based on what we go through in life. We are usually thinking about [an] experience that caused us to react, whether negatively or positively. We sit on those feelings and jot down words that relate to those feelings and then we tell the story of what happened.”
Water, a song from their 2011 EP – Raw Era – is an illustration of the undiluted sentiment AGNAG fetches when recording their songs. The song chronicles the relationship Chella shares with her father, “I felt [it] was too much for me to handle and so I became like water and let it flow.” It is this raw vulnerability  that is palpable throughout many of their songs. The reason the meaning behind their  music/tunes will resonate with time.
AGNAG worked independently for some time – booking studio sessions, shows, photo shoots, interviews, promotions, and rehearsal time. All of this while working four full-time jobs, between them. Now, signed to an underground label, the pair want to maintain the purity/authenticity of their sound.Guill expresses, “anytime an artist signs with a label he is wary of what will happen to his creative control. Luckily for us this time around, we were able to push our vision of the band and create how we like.”

Guill and Chella are adamant that they want to continue writing about new experiences and ideas, without becoming tied down by routine and normalcy. To achieve this goal, they share an eclectic musical palate including Bob Marley, Darkest Hour, Erykah Badu, and Maxwell to name a few. They believe these musicians have given their hearts and souls to the development of magnanimous, far-reaching sounds. It is their hope to make music that has similar effects. Their first single from their forthcoming album, The Waiting, will be released in Fall 2015.
They want their music to convey peace and love – “we are all human and we all go through these emotions. We go through hard times, we truly believe in the light at the end of the tunnel. You are definitely not alone.”

Catch up on some of what you missed at @styleweeke

ABOUT US
Twenty8+ is a distinct voice for the twenty8+ island nations of the Caribbean, their Diaspora, and the lifestyles surrounding them all.
Contact us: editor@twenty8plus.com
FOLLOW US
© Copyright 2020 - Twenty8+ Magazine
MORE STORIES
Arts + Entertainment

In the midst of a Kingston studio, surrounded by dancehall greats, a young man found his musical niche. "When I was younger, I used...
Arts + Entertainment